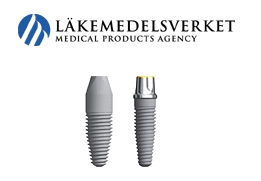 Sweden`s Medical Product Agency (SMPA) has announced it will delay its final verdict on the safety of Nobel Biocare AB`s dental implant NobelDirect, which is alleged to cause bone-loss, until November. The agency cited a delay in the release of Nobel Biocare`s two-year follow-up study as being responsible.
Two Swedish dentists in May 2005 alleged that the product is causing bone-loss, prompting investigations by the heathcare authority.