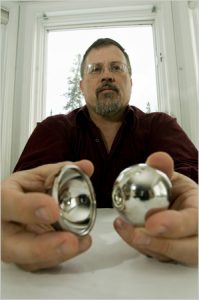 The million or so artificial hips and knees implanted each year in the United States are normally not guaranteed. Instead, the costs of replacing implants that fail early because of design or mechanical problems — devices that sell for as much as $15,000 each — are largely paid by Medicare, insurance companies and patients.

Implants can fail for many reasons, but if only a small percentage of them fail prematurely because they are substandard, the costs to taxpayers, policyholders and patients can run into the tens of millions of dollars each year, health care experts estimate.

Orthopedic producers may sometimes even profit from the failures because they sell the replacements at full price.

“Companies have dumped these costs into the health care system,” said Dr. Lawrence D. Dorr, an orthopedic surgeon in Los Angeles who two years ago took the unusual step of drawing attention to one problematic hip device. “They don’t have any skin in the game.”